The oldest of the four tunnels at Utsunoya pass is Meiji Tunnel.
It is a brick tunnel, and is gaining popularity as a spot where one can feel the retro atmosphere of the Meiji era.
As a matter of fact, the current Meiji Tunnel is the result of the renovation of the first tunnel dug at Utsunoya Pass in 1904, and before the renovation, the tunnel looked slightly different than what it is now.
The first tunnel was built by a private organization comprising influential people from Okabe-juku and Mariko-juku, and the construction took two years and a total of 150,000 laborers, and was completed in 1876. This tunnel, with a length of 223 m, a width of 5.4 m and a height of 3.6 m, was made of stone on the Shizuoka entrance side, with hard stones piled up in an arch shape, and a wooden frame with the lumber linked in a triangular shape from the Fujieda entrance to the inside of the tunnel.
Most peculiarly, the central portion of the tunnel is bent sharply in the shape of a dog’s leg.
It is unclear whether this bend was intentional or was a discrepancy due to the limitations of construction technology, but the opening of the tunnel at a rough spot on the pass was truly ground-breaking.
Another feature of the tunnel is that it was the first "paid tunnel" where a toll was collected in order to repay the construction costs. At the time, the fact that a private organization performed the entire project from construction to management was considered rare. 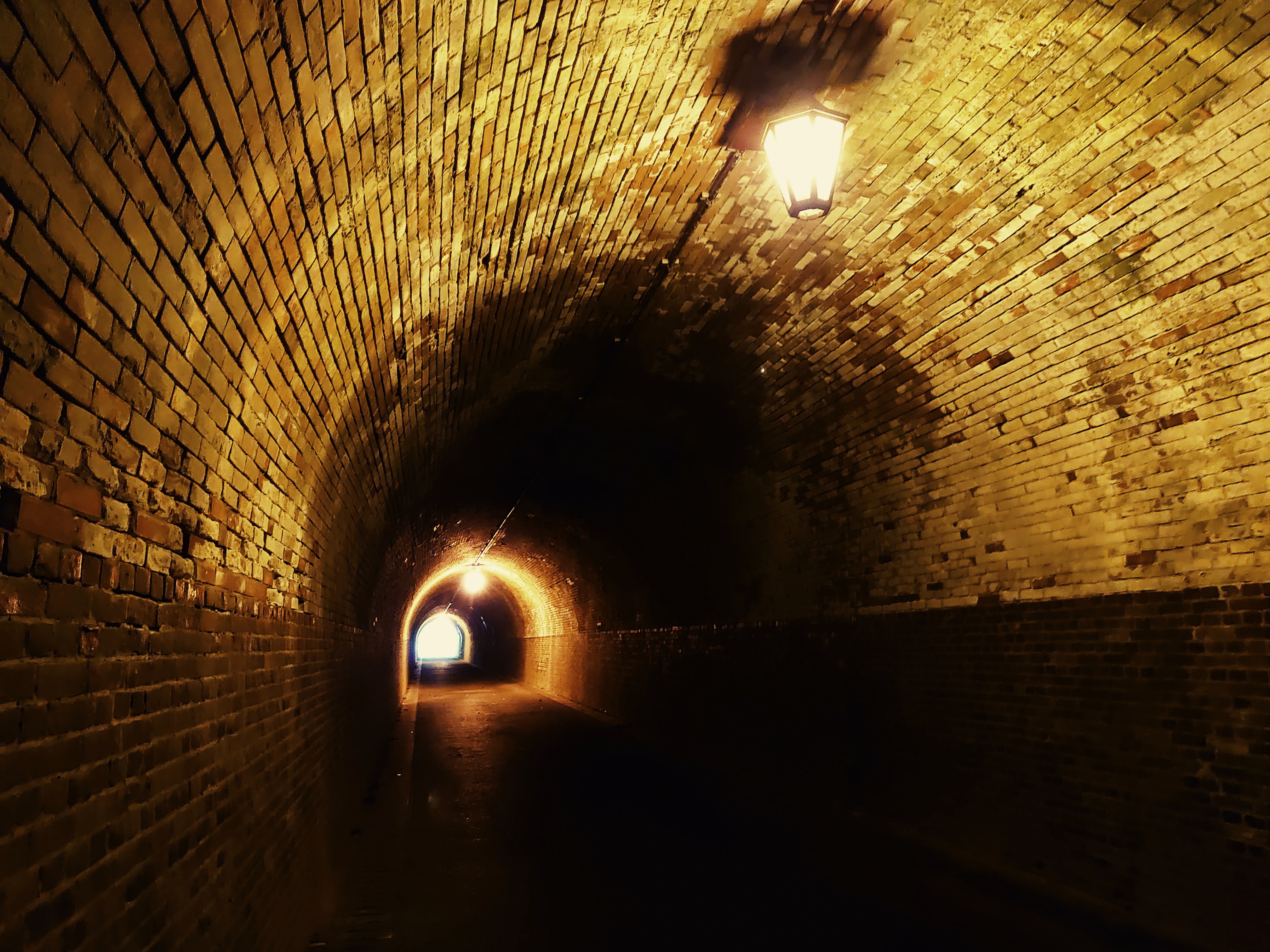 The first tunnel built became impassable due to a tunnel fire that broke out in 1896. Later, in 1904, the location of the entrance on the Shizuoka side was shifted and rebuilt into a straight tunnel. The inside of the tunnel was also improved by covering it with bricks, and it was reformed as the current form of the tunnel. It would be fun to walk around the current tunnel and try to imagine the shape of the original tunnel. 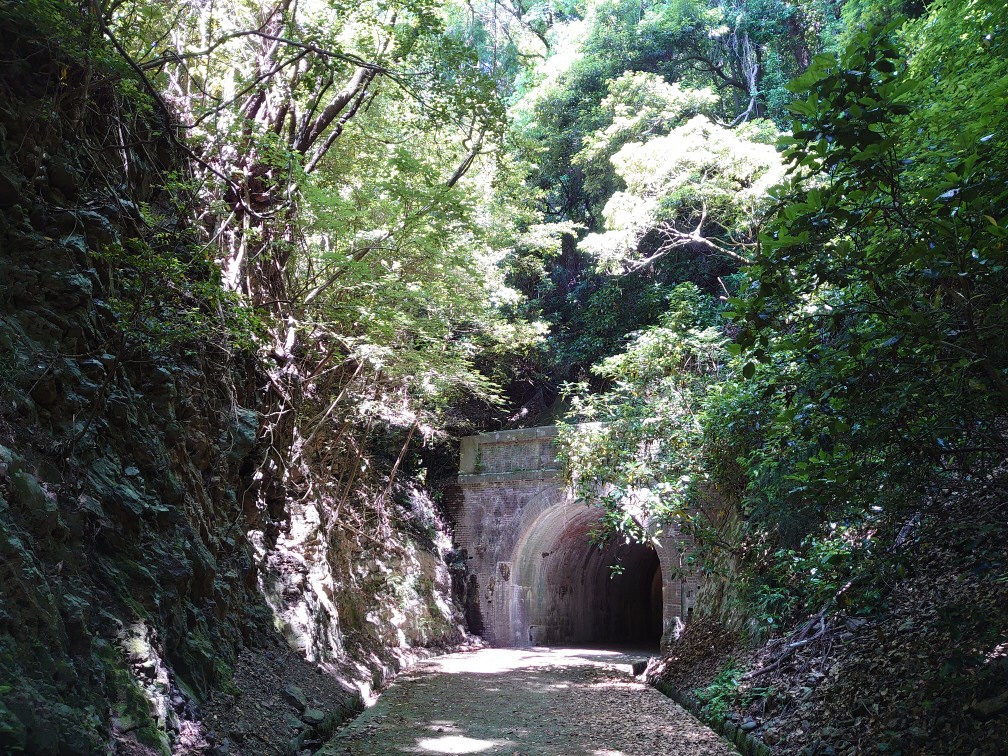 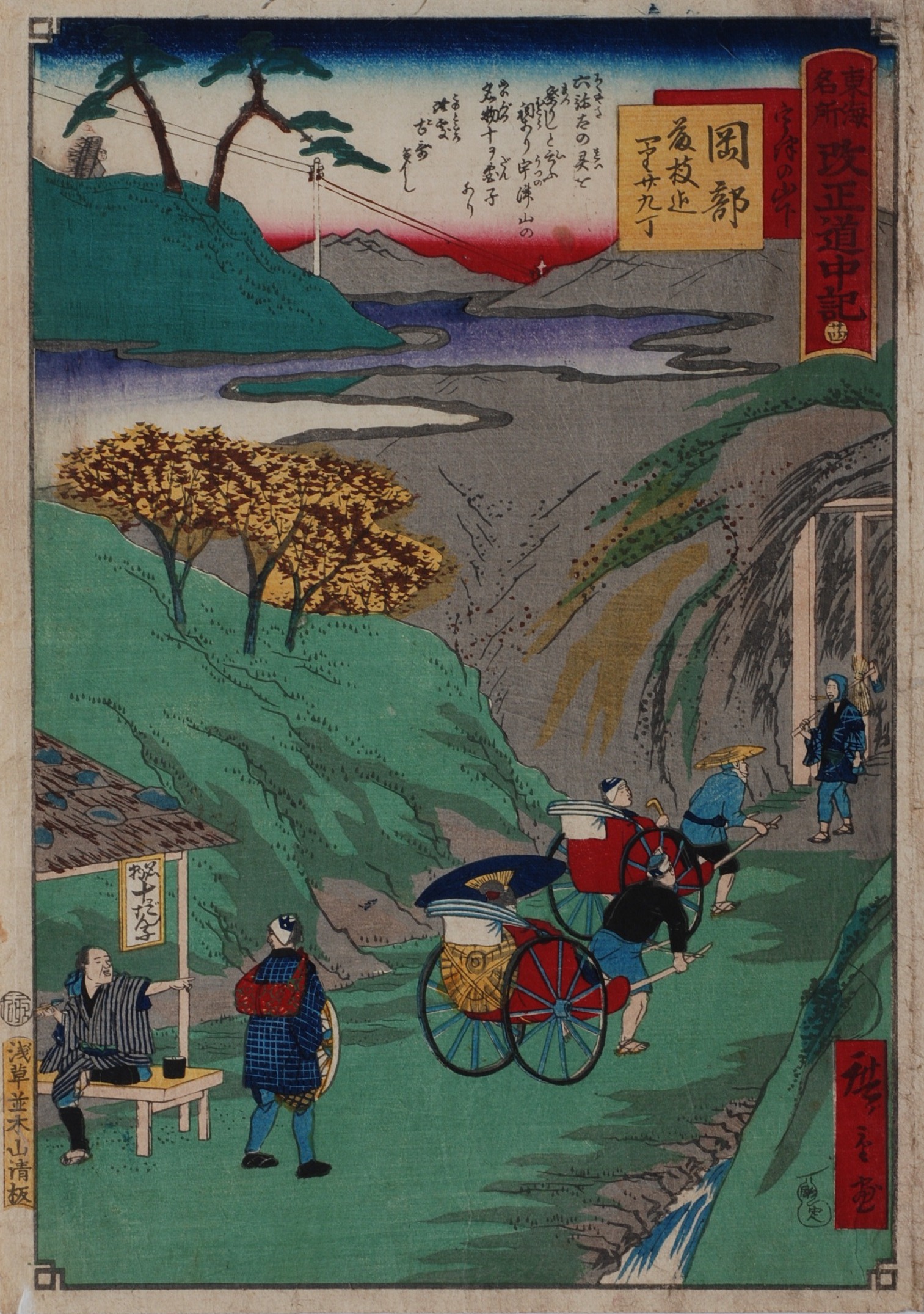