The Utsunoya-toge pass was once thickly covered in ivy and maple trees. It used to be a dangerous and difficult pass for travelers with bandits and highwaymen coming out. Because of the steep terrain and the lonely, empty atmosphere, people worship Jizo at the secluded areas to pray for safety and relief. It is also the birthplace for various legends and literary works. One of them is the legend of "The Ten Dumplings of the Syokujinki Memorial".

The Legend
Once, the chief priest of a temple near Utsunoya Pass was suffering from an incurable disease. Since sucking out the pus mixed with blood would relieve his pain, he had the temple's apprentice monk suck his blood. Over time, the young man developed a taste for human blood. He ended up turning into a demon who attacked travelers going through the pass.
Distressed villagers prayed to Jizo Bosatsu. Responding to their prayers, Jizo headed for the mountain pass disguised as a wandering monk. Upon arriving at the pass, a 6 m long, huge man-eating demon appeared and attacked the monk, trying to eat him. After a heated argument, the monk said, “If your special power can turn you into a huge demon, can it turn you into something so small that can fit in the palm of my hand?” To which, the man-eating demon responded by turning himself into small, round dumplings on the monk’s palm. As soon as the monk struck it with his staff, the dumplings crumbled into ten small grains, which the monk swallowed entirely. It is said that since then, the man-eating demon has disappeared and the roads have become safer. 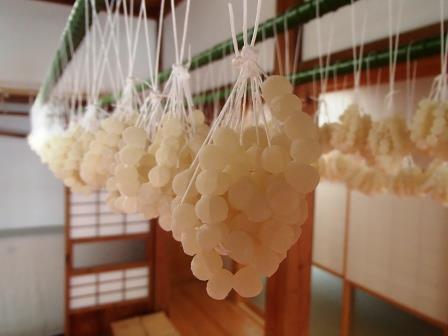 Based on this legend, at the Utsonoya Pass, people started making a series of ten bean-sized dumplings. They bundle nine of them together to make "Todango" (Ten Dumplings) to use it as a protection against the demon. In the Edo period, the dumplings were sold at teahouses along the pass as a talisman to protect travelers and became a well-known specialty of Utsunoya Pass.
This "Todango" is sold at the August fair at Keiryuji Temple, which is dedicated to the Jizo Bosatsu who killed the man-eating demon. Even now, in the village of Utsunoya, there is a custom of hanging them at the entrance of the house to ward off evil.

It is also customary at the Sakashita Jizo Temple on the west side of Utsunoya Pass (on the Fujieda City side), to offer a set of 10 skewered dango before Jizo statue. A skewared dango is 10 dumplings stuck on a skewer that is approximately 30 cm in length. 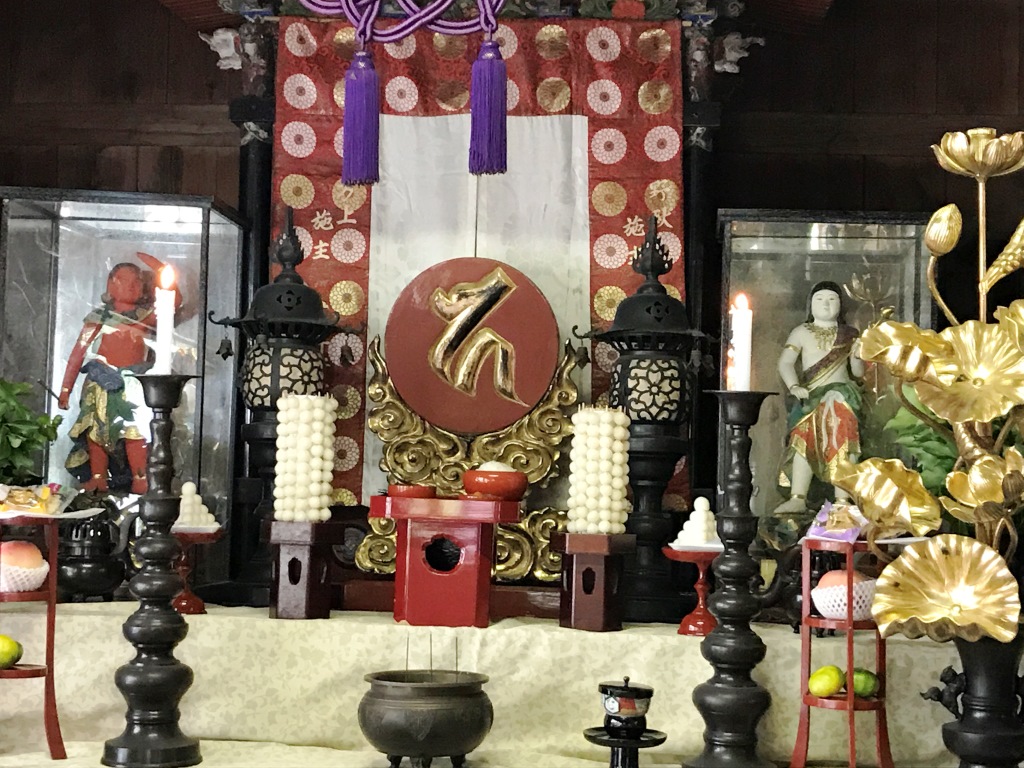