Fujieda Station is the 22nd postal town starting from the Shinagawa Station out of the 53 on the Tokaido. With a total length of about 2 km, the station was a relatively large postal town with a row of approximately 670 inns (hatago) and merchant stores. As it was also an intersection point between the mountainous areas and coastal areas, a lot of mountain and sea delicacies were brought into the town, which bustled with many travelers and merchants. 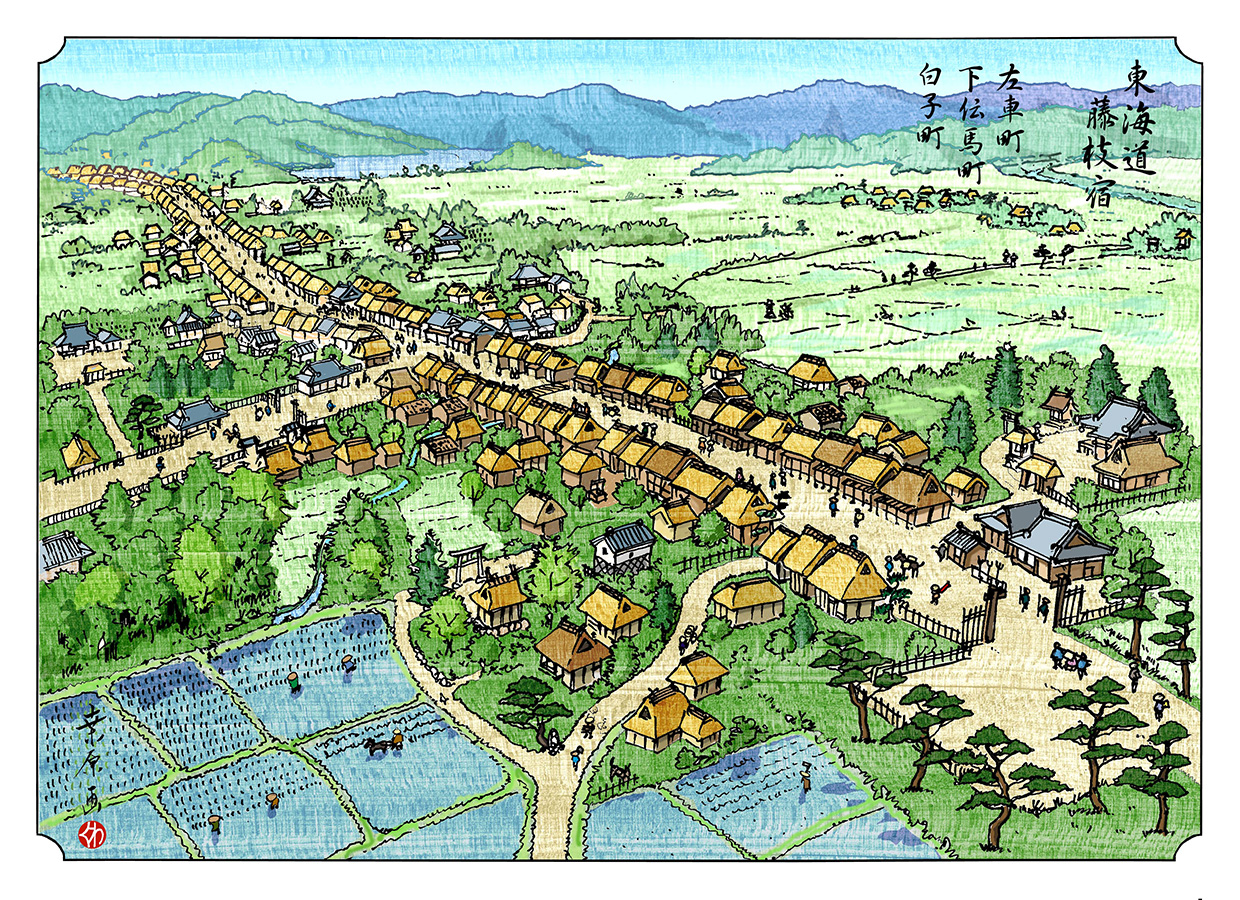 One of the features of the Fujieda Station is Tanaka Castle, which is known as a favorite place of Tokugawa Ieyasu for falconry. About 500 years ago, it was said that a powerful clan in this area called Isshiki expanded the residence and turned it into a castle upon the orders of Imagawa clan. With a diameter of about 600m in which the outer citadel, outermost citadel, 4 outer quarters and 4 moats are arranged in concentric circles around the main citadel, the castle has a curious shape that is rarely seen in Japan. The castle was abandoned after the Meiji Restoration, and an elementary school is now built at the former site of the inner citadel. Although you can’t see the figure of the castle, the garden has been restored as "Tanakajo Shimoyashiki" in the ruins of the daimyo’s residence where the villa of the lord was located. Buildings related to Tanaka Castle such as the inner citadel watchtower and tea room etc. which used to be located inside the castle have also be relocated and restored, letting you view historically valuable structures and materials. 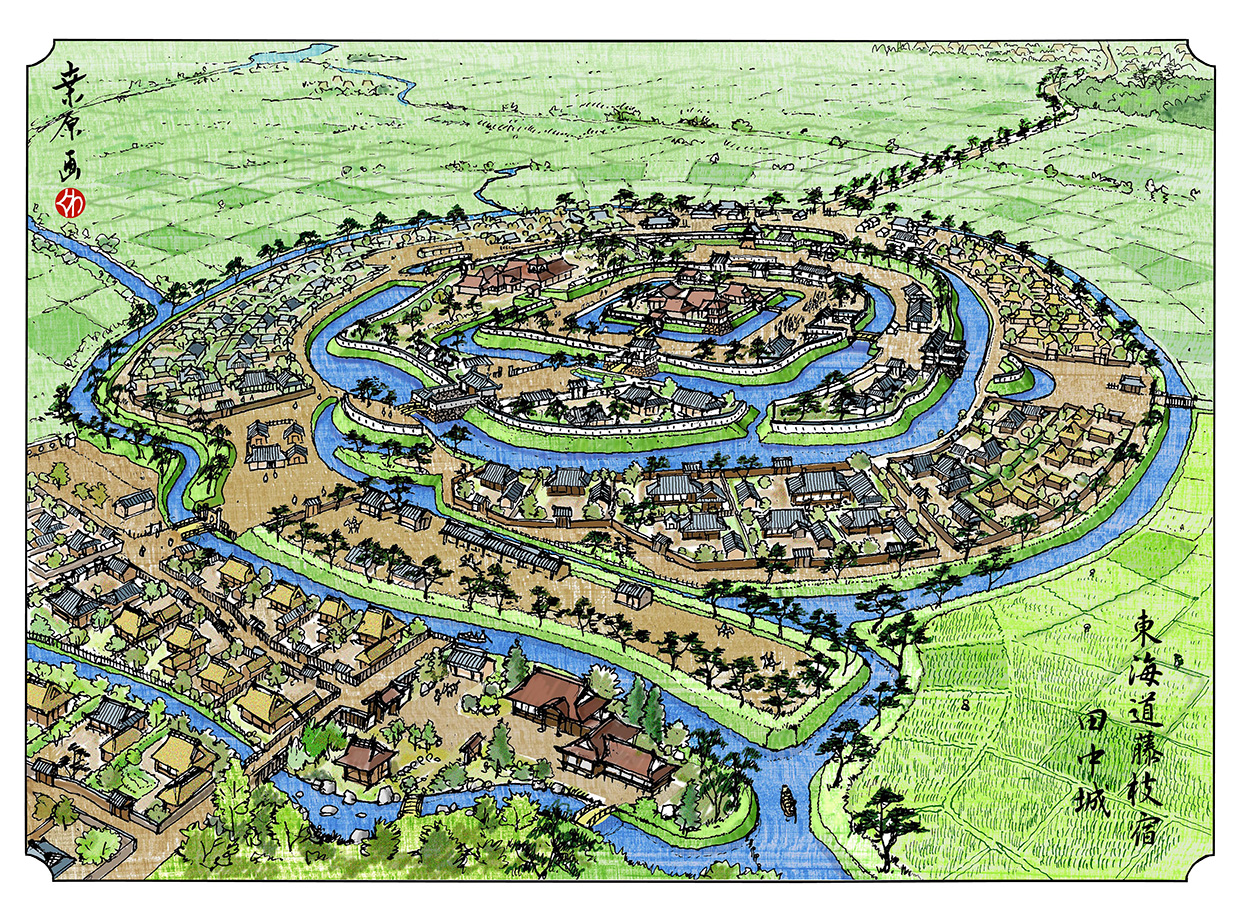