Sengan Zutsumi is an embankment built in the Seto section in the early Edo period in order to protect the villages in the territory of Tanaka domain from the floods of the Oigawa river. The entire area was severely damaged in the disastrous floods of 1604 and 1627, which is why Tadayoshi Mizuno, who became the feudal lord of the Tanaka domain in 1635, began construction of the embankment.
At the time, the Seto district was several small hills scattered in an island structure, and therefore, the embankment was built to connect these hills. The embankment is mainly comprised of three parts, one that connects Mt. Seto (currently vanished) and Mt. Hachiman (Mt. Iwaki) in the south that is 270 m in length, one that connects Mt. Fujigoro (currently vanished) to the west of Mt. Hachiman and Mt. Hongu (currently Mt. Shousenji) to the south that is 150 m in length, and one that connects Mt. Hongu and Mt. Hachiman that is 110 m in length. Each of them is estimated to be 32 m wide, 3.6 m high and it cost a huge amount of money in the figures of 1,000 kan (1 kan = 1000 sen), leading the embankment to be named “Sengan Zutsumi (One-thousand kan embankment).” 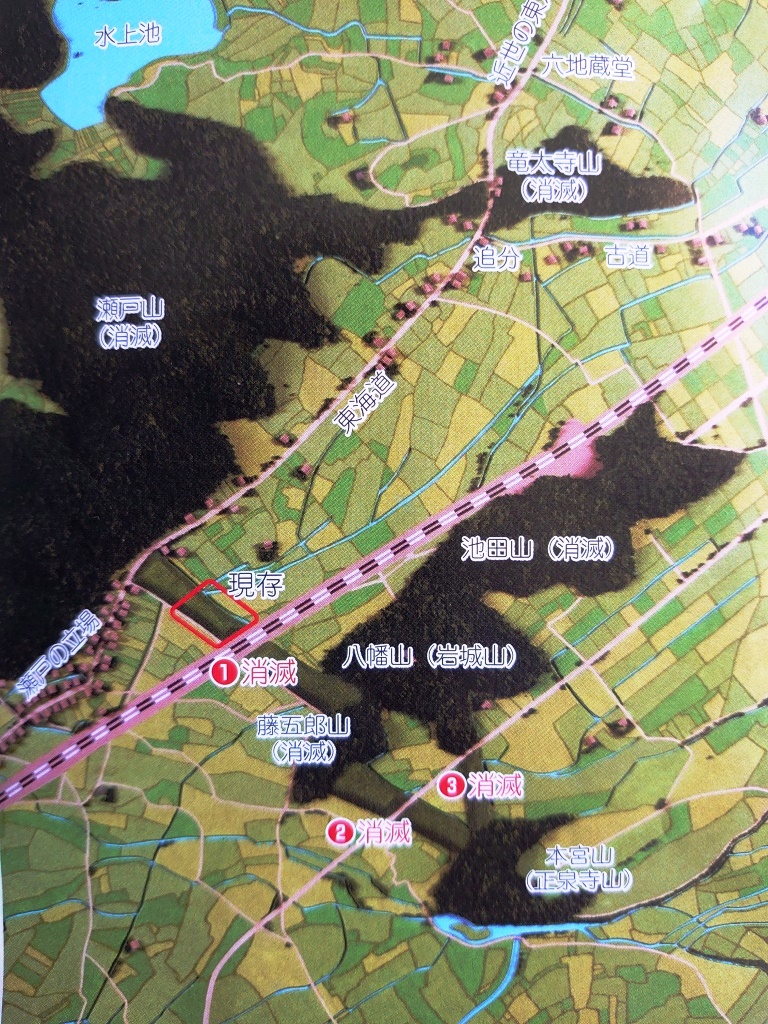 Unfortunately, most of it has disappeared due to the construction of railroads after the Meiji era and the conversion of the land to residential status. Currently, only a 65 m long and about 30 m wide part of it remains on the north side of the JR Tokaido Line.
At the “Sengan Zutsumi and Seto Someii Traditional Museum” situated on the remains of Sengan Zutsumi, you can learn about Sengan Zutsumi and the traditional specialties of the surrounding region such as Seto's Someii.