This course takes you on a stroll through areas closely related to the Imagawa clan, such as the ruins of Hanakura Castle and Chokeiji Temple, while thinking about history. 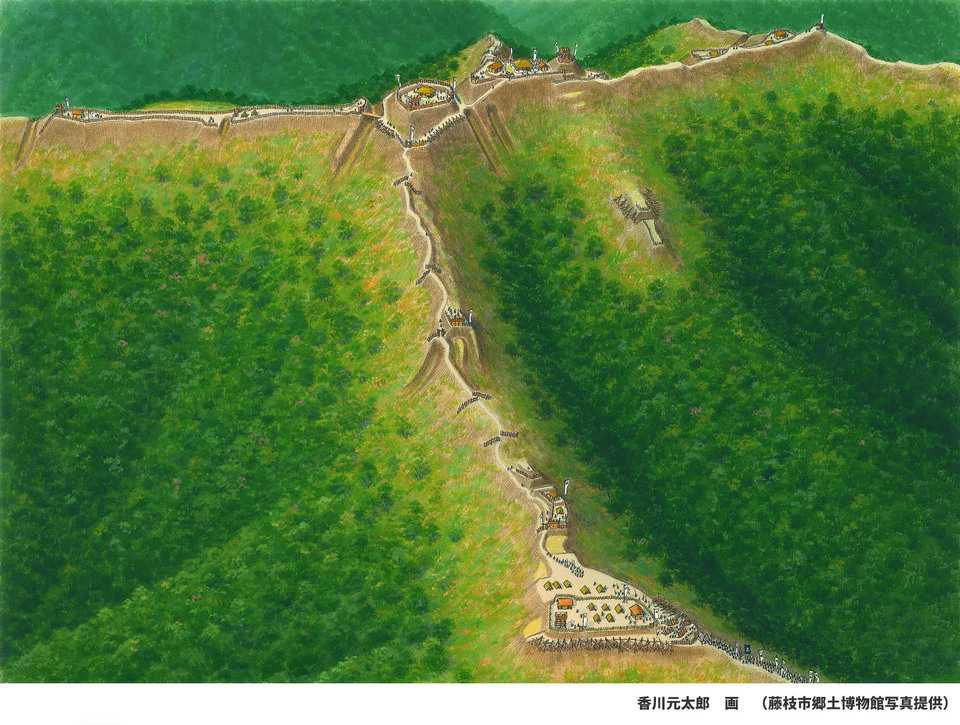 The ruins of Hanakura Castle are a city designated historic site. It is said that the Imagawa Clan, lords of Suruga Province, built the castle in order to govern the Hanashi area. The castle is also famous as the site of the final battle of the Hanakura Rebellion, which first broke out in 1536. The castle was near the 296 meter (971 foot) high summit, and the ruins of its main enclosure, second enclosure, and moat still remain. You can follow the hiking course all the way to the summit. 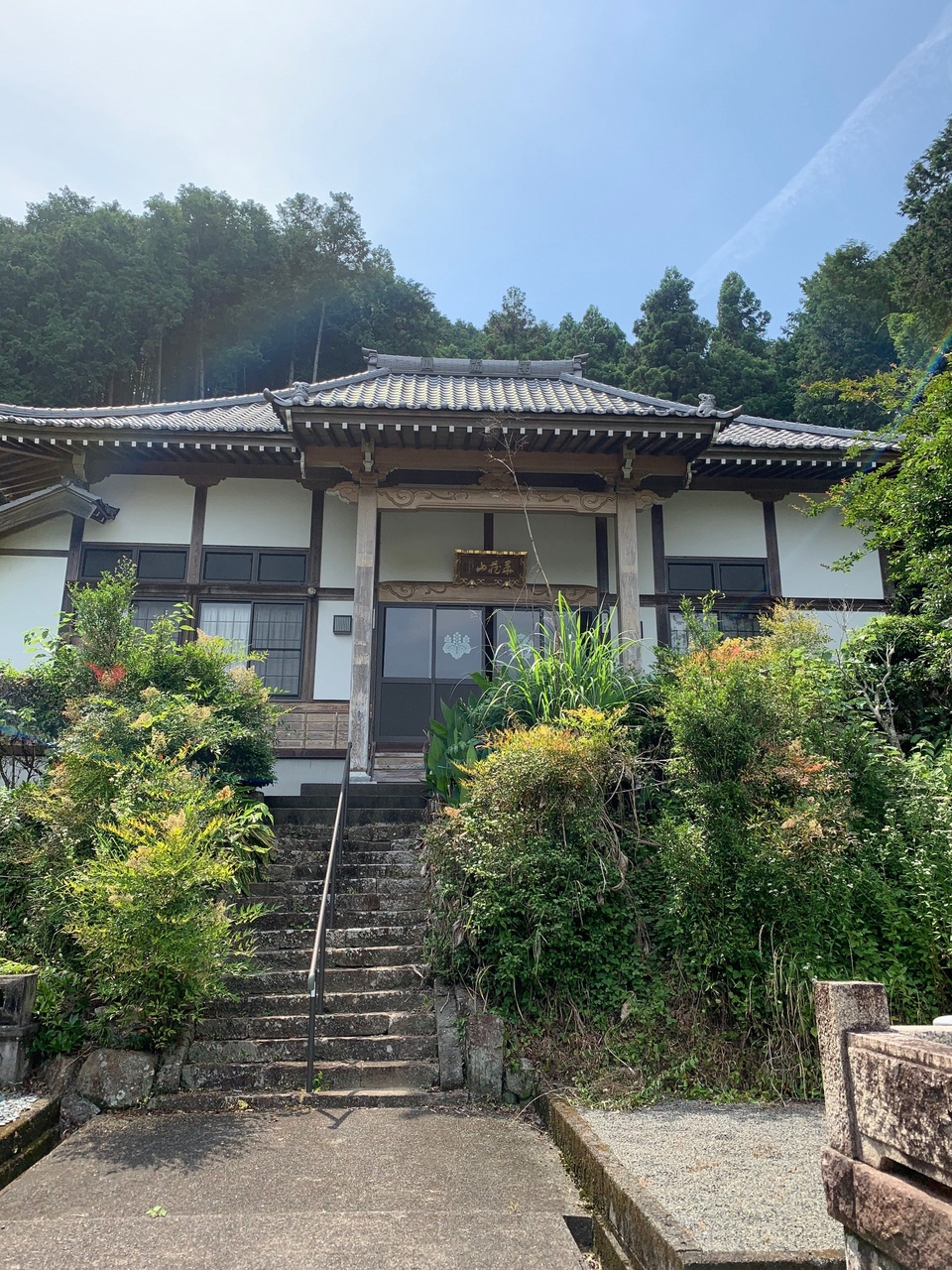 Henjoji Temple was formerly known as Henjokoji Temple. It is said the temple was first built when Imagawa Noriuji, second generation head of the Imagawa Clan, first arrived in Hanashi, built Hanakura Castle, and made his residence at the foot of the mountain. Later on, the warrior and Buddhist monk Genko Etan also lived here, and he came to be called “Lord of Hanakura Castle”. Henjokoji Temple was burned down during the Hanakura Rebellion. During the second to third years of the Genki Period (1571 – 1572), the temple was rebuilt and renamed as Henjoji Temple, keeping this name to the present day. The graves of Yasunori and his original heir Ujiie were discovered here, and two gorinto were erected on this site. 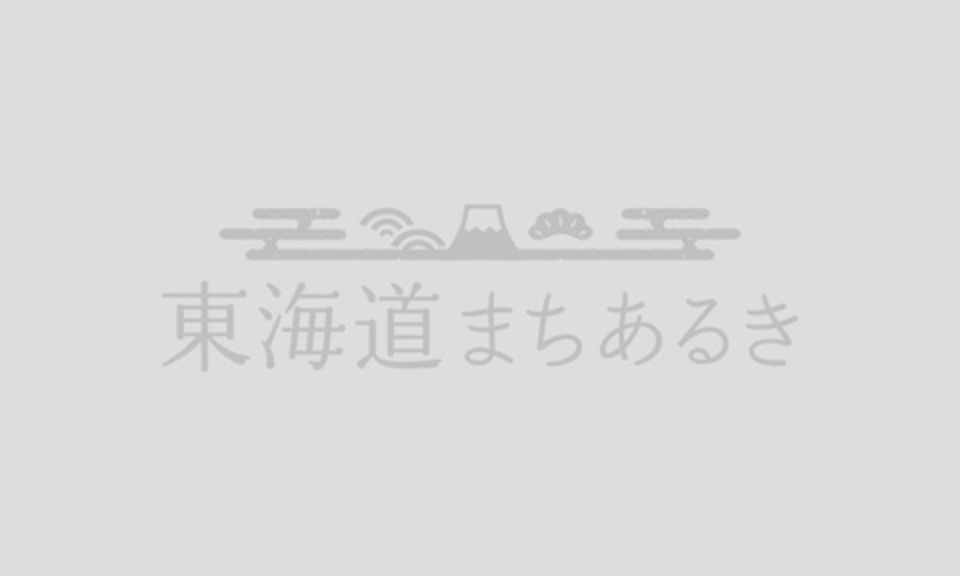 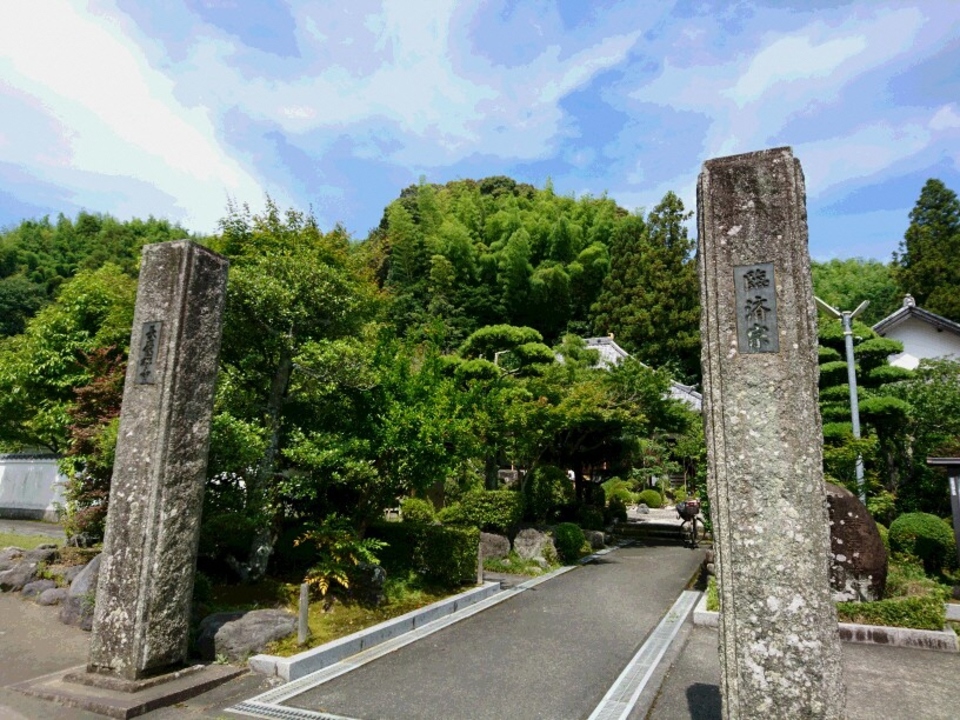 This venerable temple was founded by Imagawa Yasunori, third generation head of the Imagawa Clan, during the Kakei Period (1387 - 1388). It is a venerable temple, as the final resting place of Buddhist priest Taigen Sessai, who also served as a great strategist during the Sengoku Period (“Warring States Period”, 1467 – 1615). Imagawa Yasunori was the second born son of Imagawa Noriuji, who first built Hanakura Castle. In Yasunori’s youth, he entered Kenchoji Temple in Kamakura, where he practiced asceticism. However, Yasunori’s older brother Ujiie died as an infant, so Yasunori took over as the third generation head of the Imagawa Clan. Highlights of this temple include the gorinto (a type of Japanese Buddhist memorial stone pagoda) that marks the resting place of Yasunori. There is also the muhoto (another type of Japanese Buddhist memorial stone pagoda for Buddhist priests) dedicated to Taigen Sessai, the famous priest who also served as a strategist assisting Imagawa Yoshimoto in both political and military affairs.