A course that goes around spots filled with the history of Fujieda City, such as the "Akunami Shrine", nicknamed "Akanamisan," and "Tanaka Castle" related to Tokugawa Ieyasu etc. 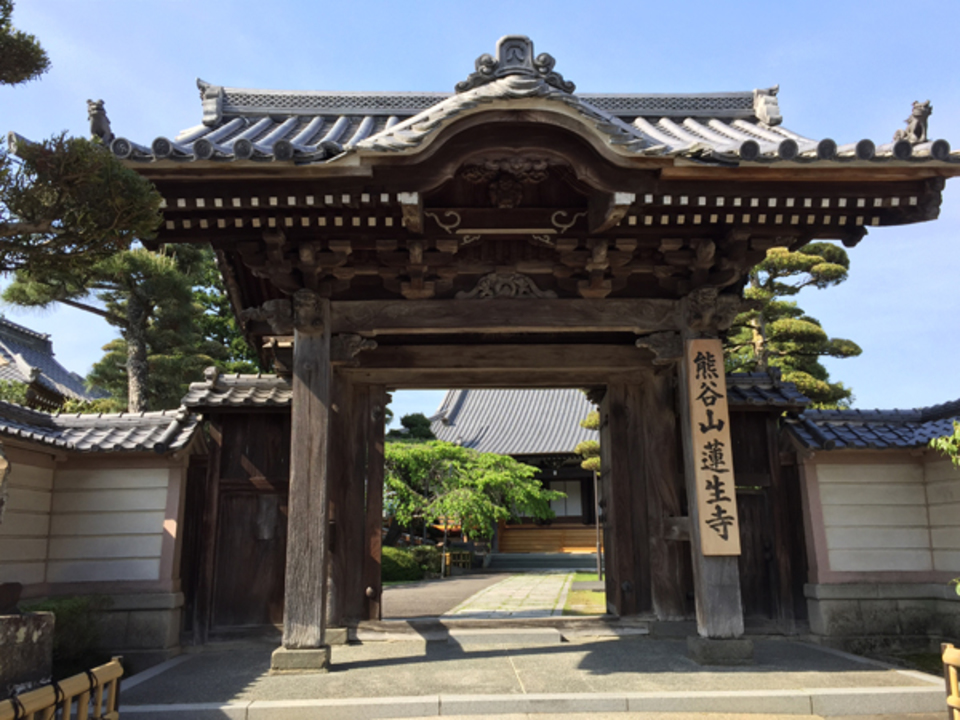 Family temple of Kumagai Jiro Naozane, who captured the capital of Atsumori in the Tale of the Heike "Atsumori no Saigo" and subsequently became a monk. The temple is said to be built by the Fukui clan, a chief of the Fujieda Station who revered the powers of Kumagai Jiro Naozane (Buddhist name Rensei), becoming a disciple and throwing his family fortune behind its construction. It is also famous as the family temple of the Honda clan, the feudal lord of Tanaka Castle. The juniper trees in the temple grounds have designated as a natural monument of Fujieda City. 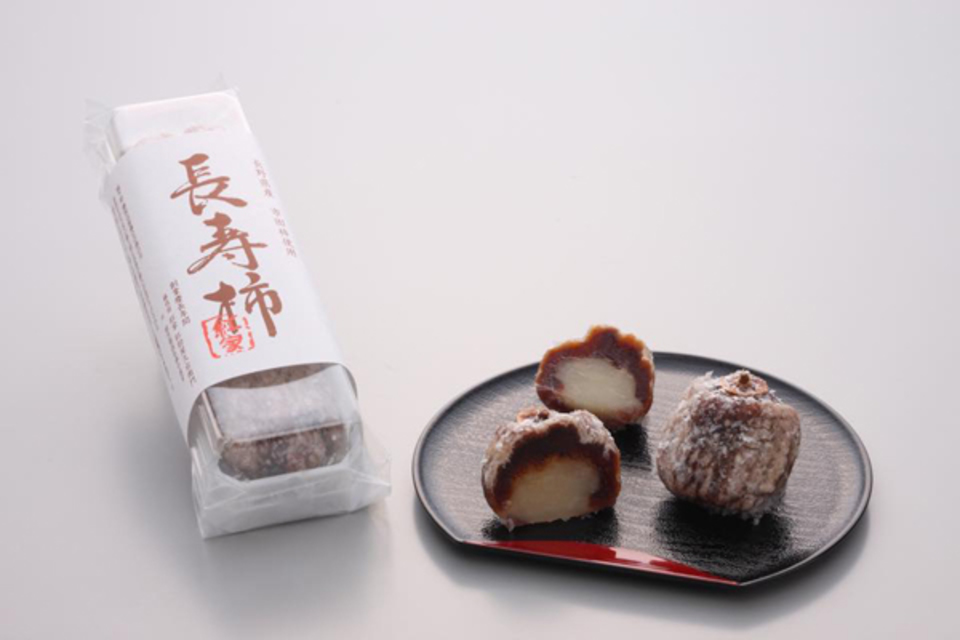 Founded in the Keicho era. It is a confectionery maker who was said to have supplied confectionery to Tanaka Castle. "Chojukaki" is a famous confectionery made of soft dried persimmon filled with a white bean paste that was created after the persimmons presented to Tokugawa Ieyasu. Smooth and filling, it is recommended as a tea snack or souvenir. Besides these, confectionery made with figs and apricots are also popular. 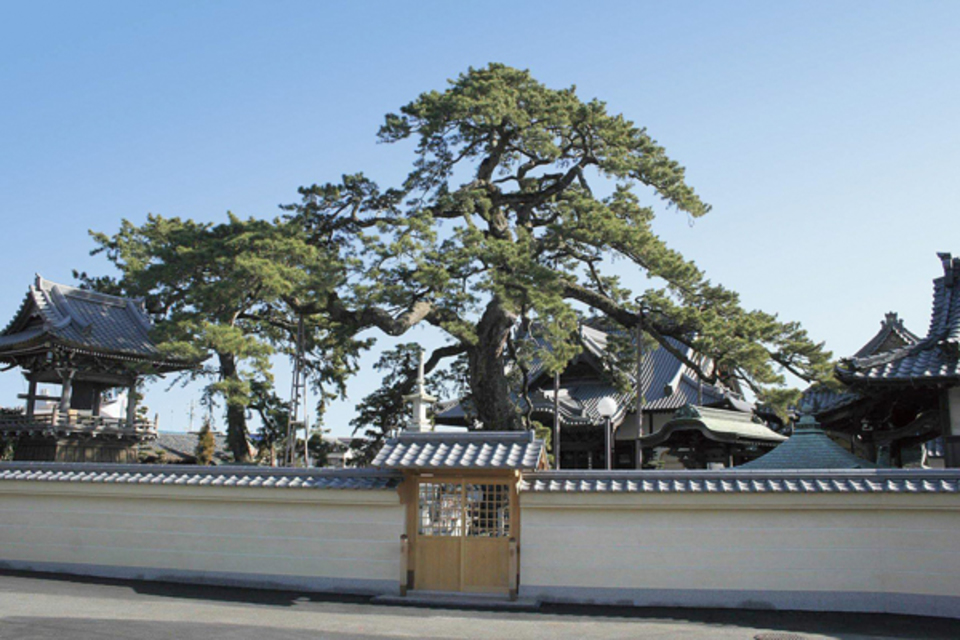 Within the grounds of the famous "Daikeiji Temple", a black pine tree measuring about 7 m in girth and 25 m in height extends it branches in every direction. Known as the “Kuon no Matsu”, the tree was said to have been planted personally by the Buddhist sage Nichiren about 750 years ago, when he prayed for the eternal flourishment of the way of the Buddha on the way back from his studies at Mt. Hiei. As one of "Japan’s 100 Best Pine Trees", it has been designated as a natural monument of Shizuoka Prefecture.It is one of the cultural properties of Japan Heritage. 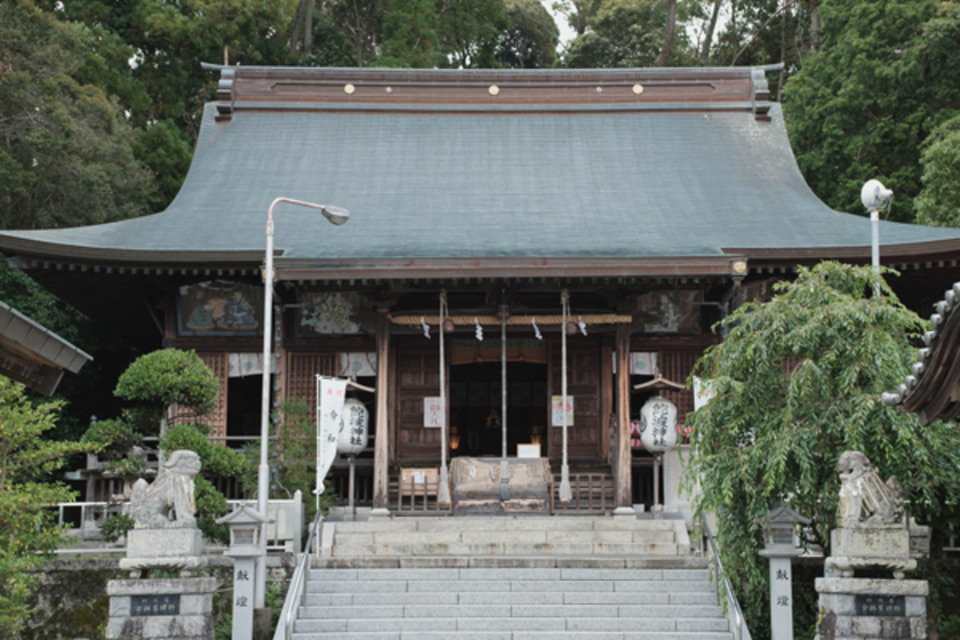 The oldest shrine in the Shida Plain that was said to be founded by Emperor Nintoku in the 6th year of his reign (AD318). It is a formal shrine that is described in the "Engishiki Jinmyocho"" compiled during the Heian period. Known locally as the "Akunamisan", it is well-known for granting prayers to ward off evil and bring good luck, in addition to improving football skills. The "Fujieda Grand Festival" is held once every 3 years. During the festival, a portable shrine is tug around and local dances are performed to the accompaniment of epic songs, shamisen and orchestra music.

Besides playing an important role in defending the area to the west of Sunpu Castle, Tanaka Castle, where Tokugawa Ieyasu was said to have stayed often whenever he came for falconry, was made up of 4 concentric circles with the inner citadel in the center, a characteristic that is also very unusual in Japan. The current Nishimashizu Elementary School sits on the former site of the inner citadel but during the late Edo period, the buildings including the inner citadel watchtower were relocated and restored on the ruins of the garden of the feudal lord Tanaka. Today, it is a beautiful garden where you can take a leisurely stroll.It is one of the cultural properties of Japan Heritage.