A course rich in variety extending from the "Ohatago Kashibaya" representing the Okabe Station, to "the Hatsukame Brewery", which makes sake that has become popular with foreigners in recent years too. 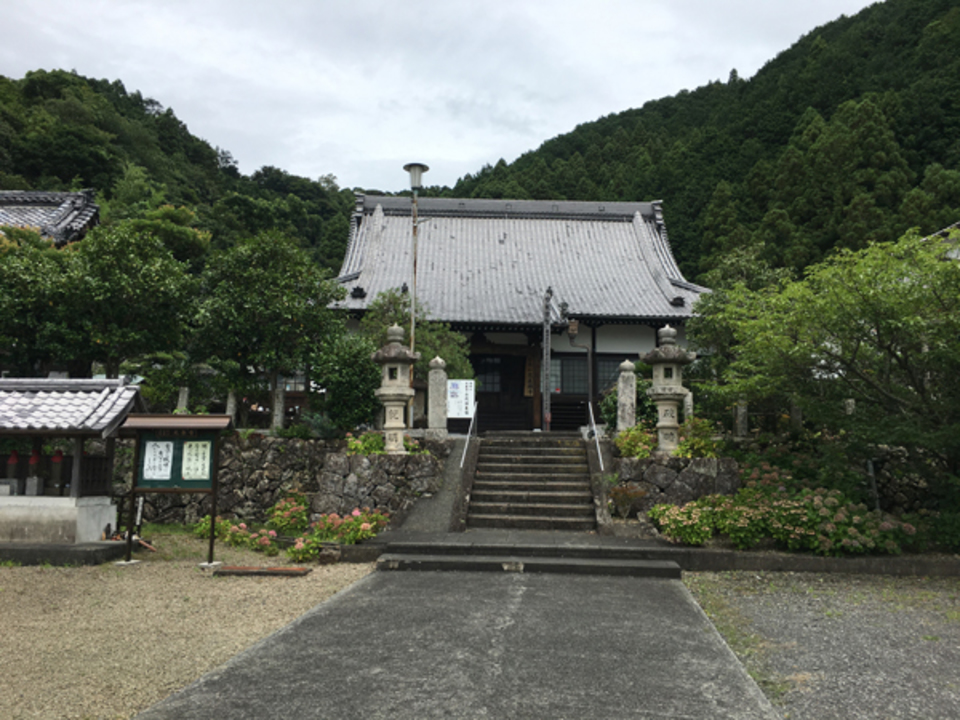 A Buddhist temple that was restored from a state of devastation without a head priest, flourishing to become a symbol of Okabe Station during the Edo period. At Yakushido on the left side of the main hall, it is believed that the holy priest Mokujiki Shonin, who was 83 years old at that time, carved the two statues in the 12th year of the Kansei era (AD1800). Designated as a cultural asset of Okabe, the standing statue of Prince Shotoku, whose graceful looks make him appear to be deep in meditation, is famous for being a masterpiece among masterpieces, exuding the calm mental state of its creator the holy priest Mokujiki Shonin. 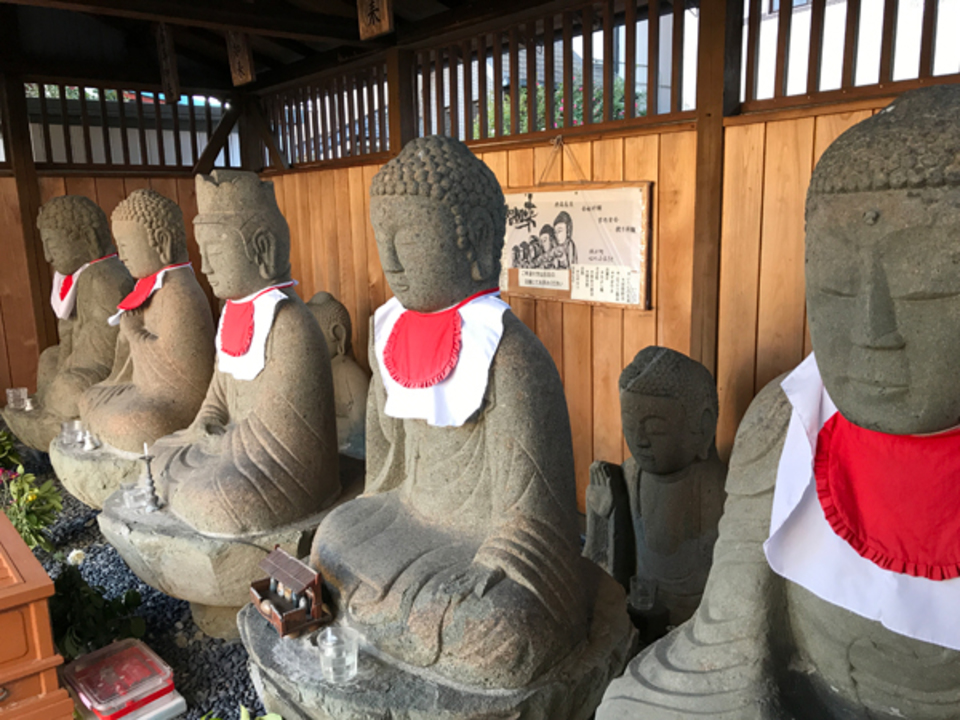 A tourist information center has been established next to a spot in the park where the Gochi Nyorai statues enshrined within the grounds of the Seiganji Temple were relocated. This statue was given as a tribute by Lord Tanaka after he prayed to the resident deity of Seiganji Temple for good health and was cured of his illness. There are two sets of Gochi Nyorai statues, the back row being contributed by the lord of Tanaka Castle, and the front row being rebuilt in the middle of the Meiji era.

The oldest sake brewery in Shizuoka Prefecture, an area now known as the "Ginjo Kingdom", was established in 13th year of the Kanei era (AD1636). The sake was awarded a large number of gold medals at an award ceremony in 1967, making it famous throughout the country. A high-end local sake that is difficult to obtain even today, “Junmai Daiginjo Kame” created a stir with its price and quality. 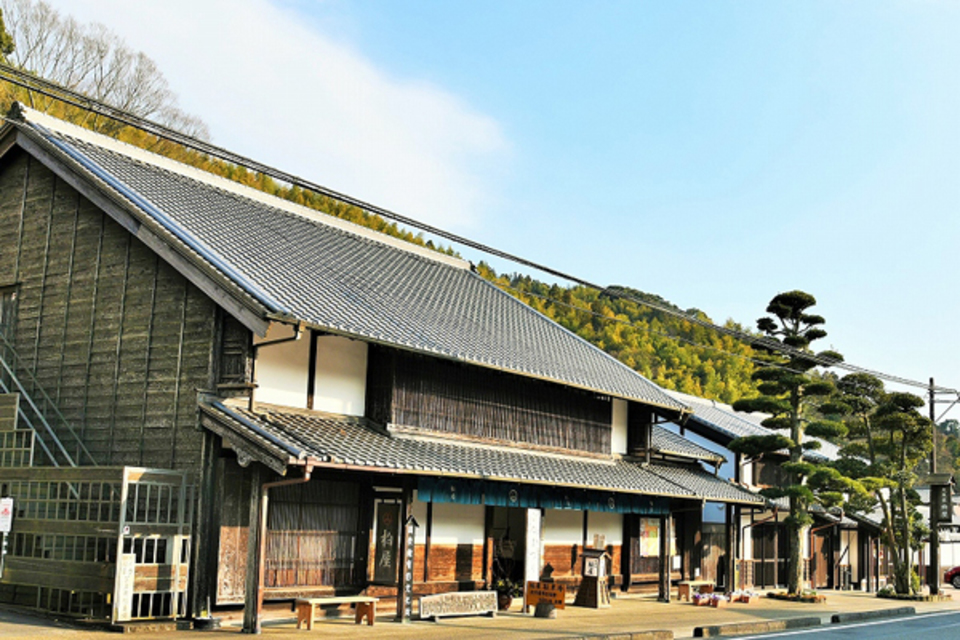 An inn (yado) typical of the Okabe Station which has been designated as a tangible cultural property of Japan. The main house, which was rebuilt in the late Edo period (1836) after being burned down twice, has become an invaluable historical museum where you can see how a postal town looked like at the time. On the first floor, 2 characters called Yaji and Kita who appeared in “Tokaidochu Hizakurige”, can be seen being entertained by the proprietress. There is also a restaurant and a local produce center where your whole family can visit throughout the day.It is one of the cultural properties of Japan Heritage. 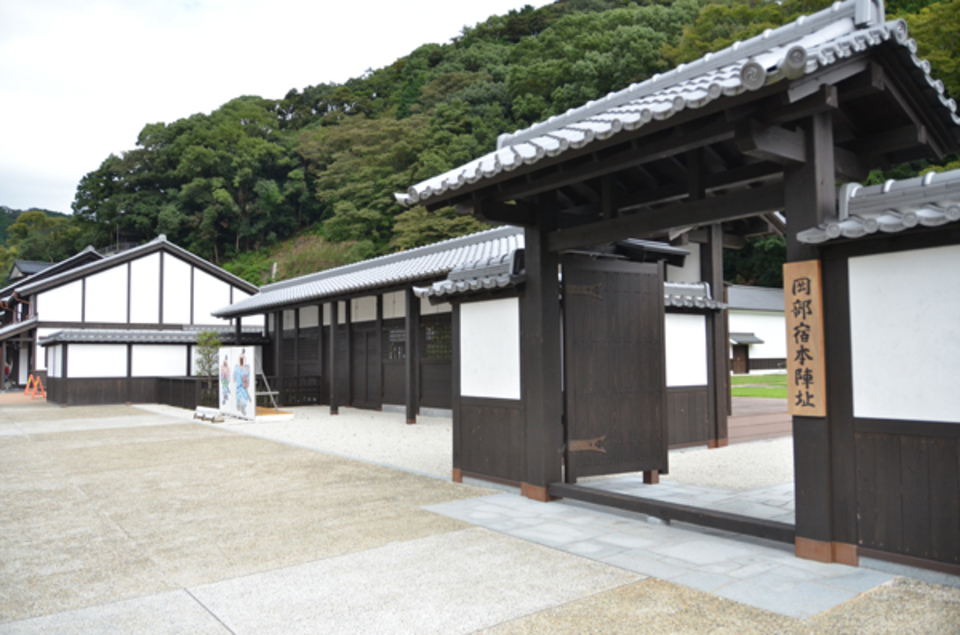 Honjin refers to a high-end lodging facility that was used by daimyos and shogunal vassals during the Edo period. The Uchino clan has continued to run the stronghold in this area for 180 years until the postal town system was abolished in the Meiji era. Now you can feel the atmosphere of ancient times from the floor plan of the building displayed on the gate and plane that have been reproduced. It has been designated a historical site of the city as "Okabe-shuku Honjinato".It is one of the cultural properties of Japan Heritage. 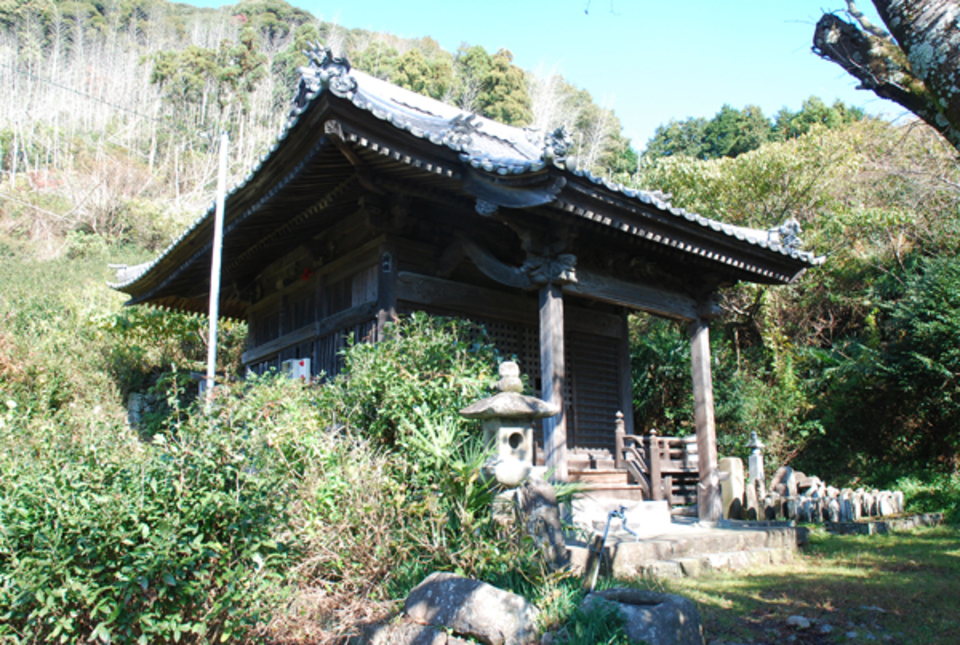 A small Kannon hall on the east side of Okabe Station, there used to be an ancient temple called Sairinji (now an abandoned temple) on the original site, but only this hall remained after the temple was destroyed by the great fire of 1808. The pent roof of the shrine is adorned with sculptures of lions and elephants, and the ceiling is painted with colorful flowers and birds. 2 zushi (miniature shrines) with intricate ornaments are enshrined inside the hall, both of which are considered to be works of the late Edo period. Since it is located on the east side of Okabe Station, many travelers who travel along the Tokaido used to pray there for a safe passage.It is one of the cultural properties of Japan Heritage.