Being the 21st postal town starting from Edo, Okabe Station was a small scale postal town established one year later than other postal towns. However, as it was located at the west entrance of the treacherous Utsunoya Pass, it was an important place to support the people making the perilous journey through the mountain pass. 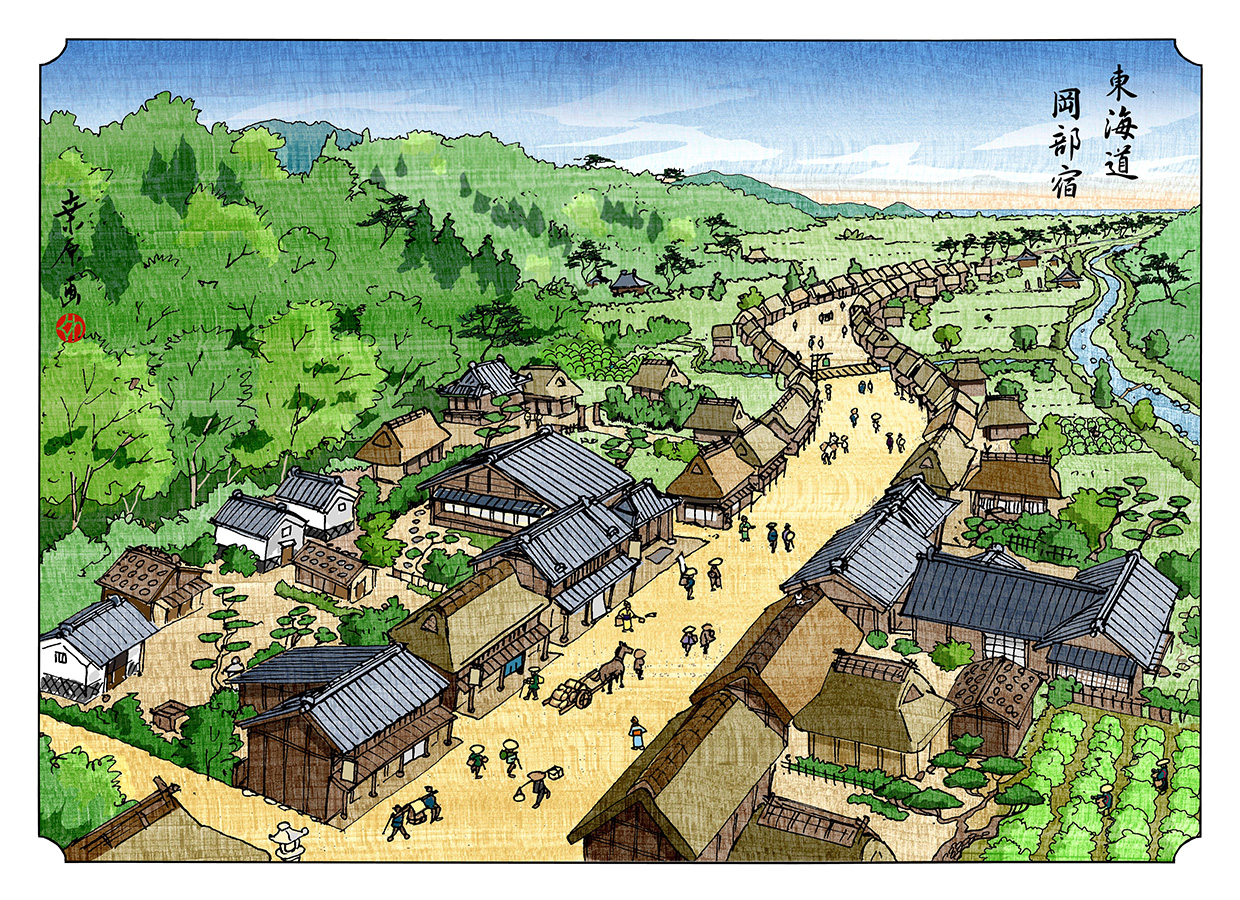 A typical inn (hatago) among them is the “Ohatago Kashibaya”. The Yamauchi family which used to run the inn together with a pawn shop was one of Okabe's most distinguished households, holding honorable positions such as senior statesman and wholesale dealer on account of its wealth. The inn buildings were burnt down twice due to the great fires of the Bunsei era and Tenpo era which occurred at Okabe Station, but the building built in the 7th year of the Tenpo era (1836) still remains. As an invaluable building to show how people lived and how the inn looked like at the time, it has been certified as a registered tangible cultural asset of the country in 1998. Currently, it is open as a historical folk museum.