Asahina Oryusei is a traditional event of Asahina district in Okabe Town which is held once every two years in October. Ryusei is a rocket firework in which cylinders packed with gunpowder are tied to a bamboo pole and fired up into the sky, with the white smoke left behind in its wake making the form look like a dragon rising into the sky. The roots of this event are believed to lie in the noroshi (smoke signals) used in the Warring States period, which is an unusual traditional culture that can only be seen in 5 places throughout Japan. In the Asahina area, 13 teams called “ren” are formed in each area, with each ren producing its own ryusei. The composition of the gunpowder, the raw material of the charcoal, and the material of the blowing cylinder differ for each team, and the manufacturing method has been carefully passed down by word-of-mouth without any manuals being written. The teams produce elaborate “ryusei” skyrockets each time, competing with one another based on the height and beauty of the rockets. On that day, two types of ryusei are launched, one in the day and the other at night. In the daytime, you can get to see the majestic state of the ryusei climbing up in the sky while spewing white smoke, while at night, you can marvel at the mystical colors of the ryusei in the autumn night sky. 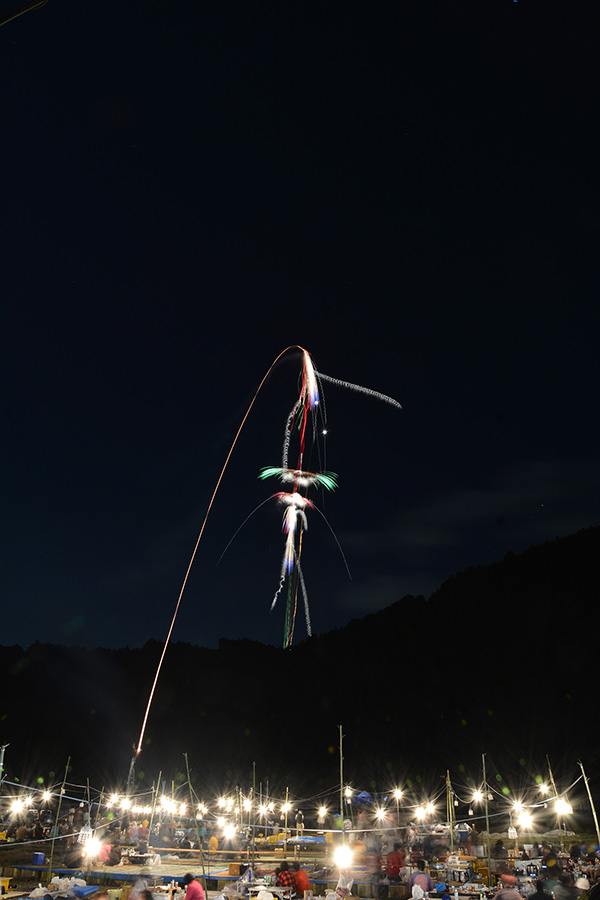